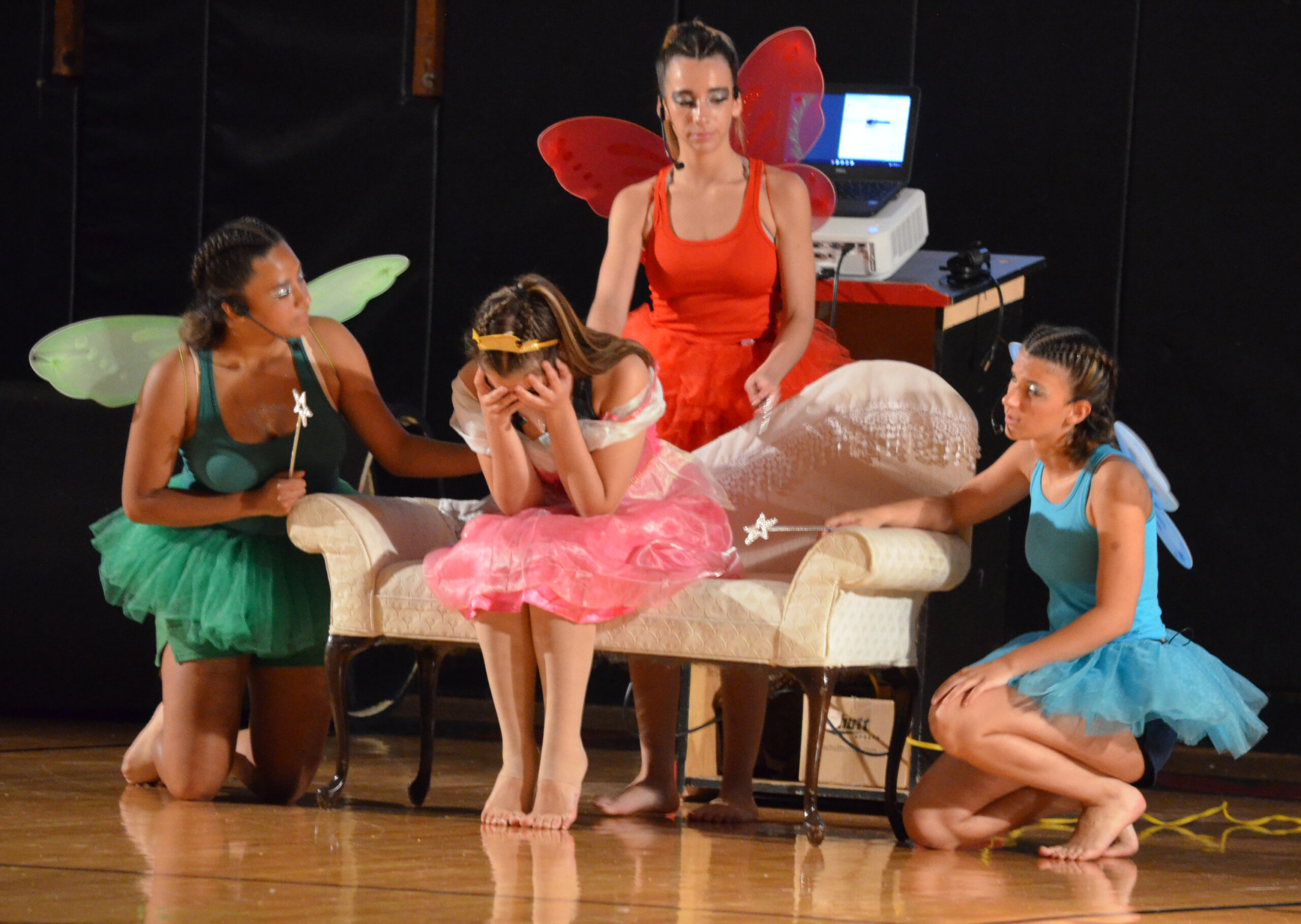 The GSA Show returned to Boonton High School and did not miss a beat. Or a step. Or an opportunity to impress the sellout crowds.

Both teams came up with high-energy performances for the event, which was held in early June.  The Black Team, whose theme was “Cinderella,” came out with a slight edge over the Red Team. All in all, everyone was glad to be back after GSA, celebrating its 50th anniversary, was cancelled in 2020 due to the COVID-19 pandemic.

“The highlight in my eyes of our entire performance was the crowd,” said Mya Russo, one of the Black Team’s captains. “Having a loud and supportive crowd helps us in ways that are unexplainable. Energy is matched and when our crowd is loud for us, it gets us super excited and hyped up. 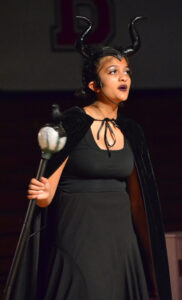 “Because of last year, we were not sure how the turn out would be or if we would even get a crowd. We were beyond surprised to see the Black Team’s stands packed every single night!”

Red Team captain Kaitlyn Doyle, whose squad’s theme was “Inside Out,” felt that acting and “amazing characters” made their effort special.

Doyle was glad to be involved in the GSA Show as a senior and to participate during a historic year.

“Being a part of the 50th anniversary means more than the world to me,” said Doyle, a senior. “This has been a dream of mine since I was a young girl, listening to the older Red Team girls on my street doing their car line. I’ve been attending GSA since I can first remember and have many relatives who date past to some of the first few shows. I had no idea that I would form such a love for an organization, one that will last forever.”
Russo and Doyle were thrilled that there was a GSA show again, considering the disappointment everyone experienced in 2020. Russo said that she felt “blessed” after being devastated while Doyle noted “that high school feels complete as we graduate.”
“It was terrifying this year not knowing whether or not we would be allowed to have a show, more importantly in front of a live audience,” Russo said. “Although both teams’ numbers have been cut tremendously, I am so grateful to have had such an amazing group of dedicated and hardworking girls behind us. Through traveling and quarantining captains and all the troubles we faced, these girls never stopped believing in us and it showed.” 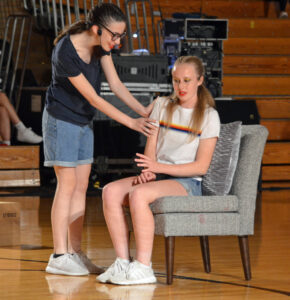 “It feels so nice to continue the tradition of GSA and share the experience with the freshman and sophomores since it was their first-ever show,” Doyle said. “Hopefully, they will continue the legacy of it.”
Cohesiveness and teamwork were characteristics shared by both teams.
“Our bond is one thing that makes us different,” Russo said. “Whether you’re a freshman or a senior, you’re loved and appreciated just the same. We take huge pride in how close our bonds are. (The captains) are very close and good friends. Everyone is a fantastic listener so, when a captain corrected them, they applied the changes perfectly.”
“We are more about having high energy and having fun during our show and dances,” Doyle said. “I would agree we were cohesive in the sense we all worked so well together and our dances were extremely coordinated with the show.”
The choreography was impressive and was done entirely by the members of each team. The Black Team had girls who were well versed in dancing, cheerleading and choreography.
Doyle, along with Alexa, another senior captain, choreographed two of the main numbers, “Surprise” and “Jazz.” Doyle has danced for her entire life and is adept at making up and teaching routines.
One of the GSA coordinators, Mrs. Sinatra, was glad that the show was able to resume after a lengthy drought.
“There were so many challenges but everyone pulled it together and we had a great show,” Sinatra said. “Everyone bonded and worked together.”
***PHOTO GALLERY BELOW***
Facebook
Twitter
Pinterest
LinkedIn